Makala aliyotuletea Kichuguu inasema: Professor Msola urged students, dons and stakeholders in the education sector to appreciate the government's efforts in educating its people particularly in the higher education sector given the fact that it is very expensive.

"It is time we appreciate what the government is doing in making sure its citizens access higher education.

The Monitor (Kampala)
December 18, 2006
Posted to the web December 18, 2006
Sarah Achen Kibisi
Entebbe
Three Tanzanian students of Mary Reparatrix SS in Entebbe have been detained at school after failing to clear Shs4 million school fees.
Christopher Claudia, Christopher Clara and Julian Adela are being subjected to inhuman treatment like denial of food and locked inside a dirty room.
A sympathiser John Oketa, who lives near the school, is appealing to the Tanzanian embassy to intervene to rescue the students. "We are kindly requesting the embassy to raise something to bail out the girls or else get them transport to their country," he said.
Oketa said the headmistress took the students to Mogoga police station in Entebbe but the police refused to handle the case because they did not know under what circumstances the girls were detained.
Click to expand...

Much as the government is registering giant strides in the construction of public secondary schools countrywide, the next immediate problem is to provide basic and teaching facilities, which are in dire shortage.

For example, Coast Region`s Bagamoyo District is faced with a critical shortage of essential facilities, mainly laboratories, libraries and teaching materials, according to a recent survey.

The scenario is much similar in respect of science teachers and supporting facilities.

The minister`s briefing dwelt exclusively on enrolment, which she said had reached 75 per cent on average in 20 Tanzania mainland regions.

The rest of the regions, Arusha, Dodoma, Lindi, Shinyanga, Singida and Tabora, topped the list with 100 per cent enrolment.

The success in the first phase of secondary school development programme, which deals exclusively with constructing school buildings and staff quarters, is bringing compelling immediate requirements that have to be met.

The building of classrooms and teachers` quarters is being done through contributions made by the wananchi.

A five-day survey carried out by The Guardian from May 21 in Bagamoyo District reveals the challenges that remain ahead.

For example, a school located just seven kilometers from Bagamoyo is without a single desk for the students.

The school, called Sanzale, stands amid coconut farms and has only one small wooden desk for use as headmistress Sofia Kitembe`s office table. There isn`t even a single chair.

``We are just getting off the ground and this is the real situation, as you can see,`` said Kitembe, as she sat on the desk behind a pile of books and pamphlets.

Her office is in one of the four classrooms at the school, three of them are yet to be occupied by students because there are no desks.

At Sanzale School, The Guardian found students from all streams sharing one classroom. All were seated on the floor, save for a handful of lucky ones who had landed pieces of concrete bricks, probably leftovers of building materials in the school compound.

The sharing of classrooms where desks and other facilities are scarce is common in most schools in the district, with Sanzale and Dunda among the worst hit.

This is the main reason for overcrowding in the few relatively well-furnished classrooms around, some accommodating up to 140 students per session instead of the official 45.

The district has only one secondary school -Lugoba - that boasts basic facilities like a well-stocked library and science laboratories. The rest, eight new and seven old ones, are starved of even basic needs.

Bagamoyo District Education Officer Cheka Omary admitted that most schools under her jurisdiction were in bad shape with regard to essential facilities and teaching equipment.

She said Lugoba and Bagamoyo were the only public secondary schools lucky to have a library and science laboratories. The former is under the local authority and the latter run by the central government.

Sanzale was easily in the most desperate situation of all the four schools covered under the survey, the others being Dunda, Zinga and Msata.

Just like most of the other 15 in the district, particularly Kilomo and Matipwiri, it is located in far-flung areas.

It is seriously short of teaching materials, chiefly books. Teachers are forced to travel long distances to borrow textbooks, supplementary readers and reference books from Lugoba or Bagamoyo.

``The shortage of teaching materials is making life extremely difficult for both teachers and students,`` complained headmistress Kitembe, in whose temporary office are also kerosene stoves and water bowls.

Dunda headmaster Mussa Charles, meanwhile said his school was among those established last year through a similar campaign and is seriously short of teachers, desks and teaching materials.

The situation is especially critical with respect to availability of teachers for almost all key science subjects - Physics, Chemistry and Biology.

Asked on the effect of the problems cited on the quality of education, veteran educationist Mponeja Bundala said the consequences would be catastrophic unless remedial measures were taken without any further delay.

``With the current shortage of teachers and other teaching materials, including books we are not in a position to say that the quality is assured&#8230;the matter touches interests of our nation, therefore prompt actions are needed,`` explained Bundala, who teaches in one of the schools in the district.

Noting that even the school where he teaches has no science teacher, he asked the authorities concerned ``to treat education with urgency for the good of the country just like they have been doing with other key or delicate issues``.

Reacting to the challenge, DEO Omary pointed out that authorities in the district were ``very much concerned over the quality of education and that is why we have teamed up with other stakeholders in the sector and formed an education development board to be launched in the near future``.

``We are working overtime to improve all primary and secondary schools in our district, with a view to enhancing the quality of the education offered.

We want to prepare our graduates so that they can compete with others nationally and internationally,`` she added.

A three-year programme (2007 to 2010) being implemented by the Bagamoyo local government authorities shows that phase one, scheduled to run until 2009, concentrates on the construction of classrooms, teachers` houses and students' hostels.

Despite the problems, the general feeling in the district is that the government`s crusade of ensuring that each ward in the country has at least one secondary school is a commendable step forward.
S 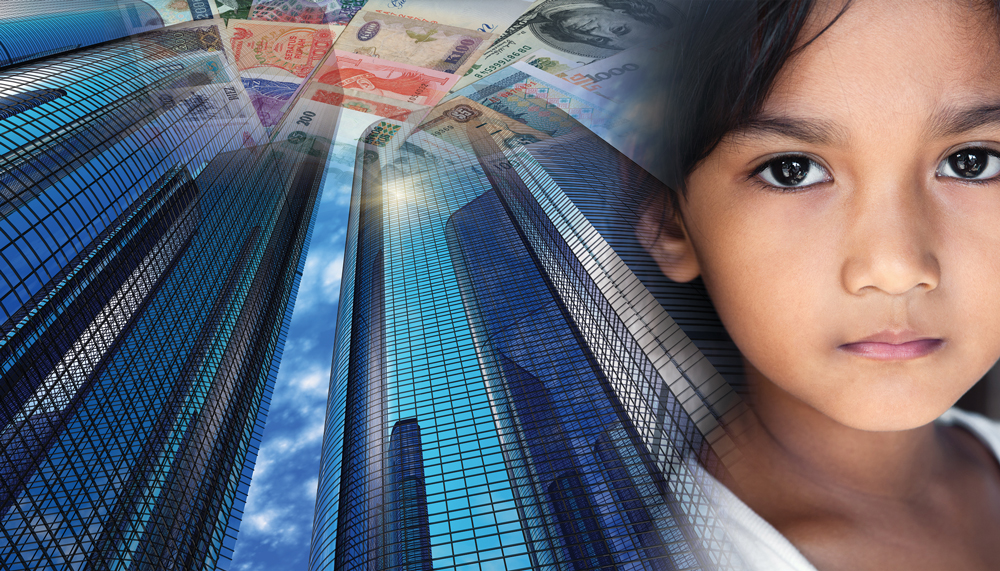 This study underscores the point that trade-related IFFs appear to be both significant andpersistent features of developing country trade with advanced economies.

gfintegrity.org
You must log in or register to reply here.