CNN) - A Sudanese woman sentenced to die for refusing to renounce her Christianity has given birth to a girl in prison, her lawyers said Tuesday.


Meriam Yehya Ibrahim, 27, delivered her baby Monday at a women's prison in Khartoum, but her husband was not allowed to be present for the birth, sources told CNN. They asked not to be named for safety reasons.

Ibrahim was convicted of apostasy, or the renunciation of faith, about two weeks ago while she was eight months pregnant.

A Sudanese lawyer filed an appeal last week to reverse the verdict by the lower court.

She is in prison with her 20-month-old son, but Sudanese officials have said the toddler is free to leave any time, according to her lawyer, Mohamed Jar Elnabi.

Her husband, Daniel Wani, is a U.S. citizen who uses a wheelchair and "totally depends on her for all details of his life," her lawyer said.

The appeals court in Khartoum will issue a ruling on the case in the next week, but it will first ask the lower court to submit the documents it used to make the ruling, according to her lawyer.

Once that's done, it will issue a case number, he said.

aisee she experiance the most hardtimes in her life 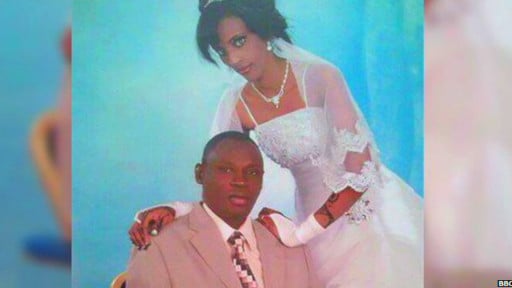 The pedophile clergy is the bustard child of the Jibrillah