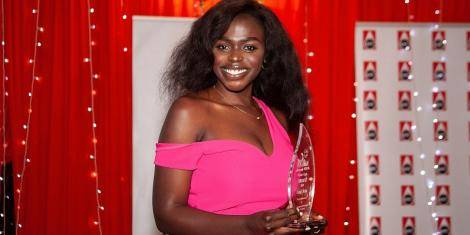 WEX Africa founder Ogutu Okudo poses with a trophy at the Women in Energy Awards gala in Nairobi in 2018
FILE
JERICONSULTING.COM

A 28-year-old Kenyan woman, Ogutu Okudo, is among big names from across the continent featured in Forbes Africa's 30 Under 30 List for 2020.

Okudo is the founder and Chief Executive Officer (CEO) of Women in Energy & Extractives Africa (WEX Africa), an organisation with employees in five different countries and more than 75 volunteers in ten countries and counting.

According to Okudo, WEX Africa is a social enterprise designed to bridge the gender gap in the oil, gas, mining and alternative energy sectors in Africa.

Among other things, the organisation works with women affected by exploration in their communities, women looking to get into the energy industry and women engaged in business in the value chain such as traders and miners. 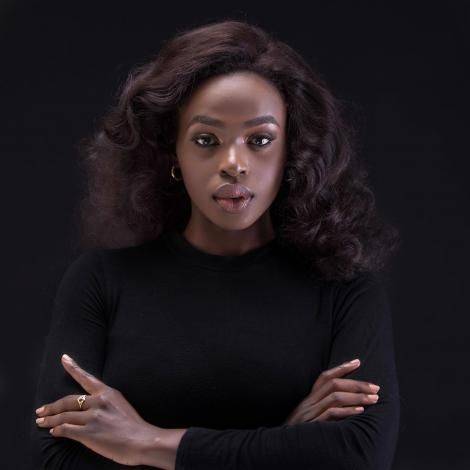 File image of WEX Africa founder Ogutu Okudo
FILE
LINKEDIN
It also works with young girls from areas affected by exploration activities to get an education from primary to tertiary level.

She revealed that she got the inspiration for the company in 2012 after attending a male-dominated conference in Nairobi discussing environmental sustainability.

“I vividly remember noticing the men dominantly speaking, but it was the woman performing the balancing act of her child on her right hip and yams to feed a family on her head that was the inspiration behind Women in Energy & Extractives Africa that initially began as Women in Oil and Gas East Africa (WIOGEA) [now known as WEX],” Okudo told Forbes Africa.

WEX Africa works closely with key players in the energy sector in Africa to ensure their programs are sustainable and gender-inclusive.

“The energy agenda being no different; under-utilised, overpriced, more than half a billion Africans living in darkness and exploited natural resources with little to no impactful gain to individual countries, people and communities.

"I am passionate about the opportunity to play a role in factoring a development driven by strategic partnerships,” she explained.

Okudo has been recognized by multiple organisations on several occasions, including being named the Kenya Upstream Oil and Gas Woman of the Year in 2019.
Forbes Honours 28-Year-Old Kenyan Woman Building International Energy Empire

Kenya indeed is a blessed country