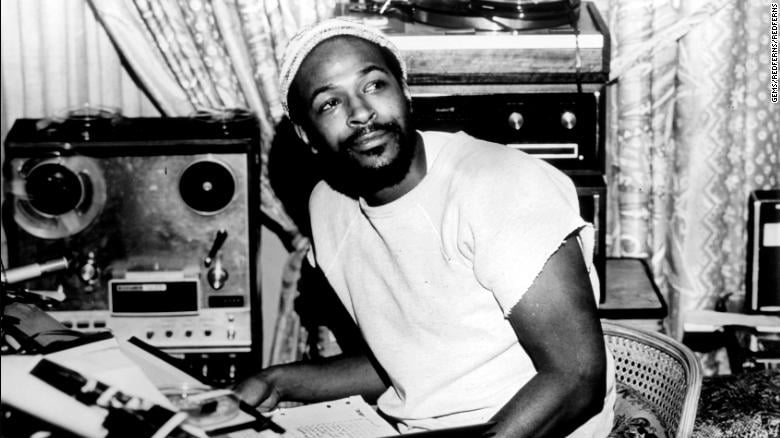 Portrait of Marvin Gaye in studio in 1971. (Photo by Gems/Redferns)
"What's Going On: Marvin Gaye's Anthem for the Ages," hosted by Don Lemon, debuts Sunday at 8 p.m. EST on CNN.
(CNN)As a child, musician Devon Gilfillian remembers his father, a professional wedding singer, harmonizing with Marvin Gaye's iconic "What's Going On" album in their living room.

While the groove of the music was palpable, the lyrics were lost on a young Gilfillian.
The haunting questions of the song resurfaced to Gilfillian, now 31, following the murder of George Floyd.

In a recent interview for a new CNN documentary about Gaye's work, titled "What's Going On: Marvin Gaye's Anthem for the Ages," the Grammy-nominated artist and activist recalled rediscovering the album just before heading to a protest in Nashville last summer.

His song choice, "What's Going On," was easy, but performing it was not.


"I went home, picked the guitar up and started strumming through it. And immediately I just started crying," Gilfillian said.
It was an epiphany, a lyrical catharsis delivered from one man to another, a half-century later.

"He's saying everything, mother, mother, there's too many of us crying, brother brothers, too many of us dying. Father, we don't need to escalate. War is not the answer," Gilfillian said. "It hurt to sing those words. I was legitimately sad and upset and angry."

That was the moment Gilfillian caught up with the message, "I felt like Marvin was like, yo, see, this is what I was trying to say."
Gilfillian has since released a cover album of "What's Going On," paying homage to a man who was pleading for the world to listen, tackling controversial issues, perhaps, before some could hear them. 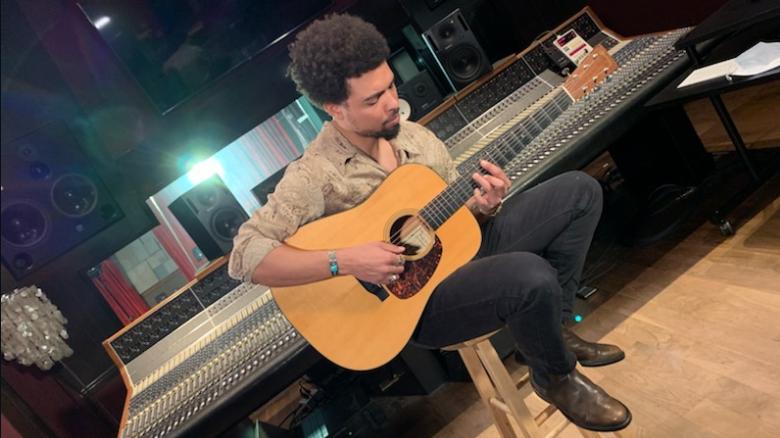 Devon Gilfillian
"Who the hell was writing songs about the ecology?" music critic Nelson George said in a conversation for the special. "('Mercy, Mercy, Me') is a song about environmental racism in 1971."
"I'm not sure, in 1971 people wanted to hear that we were burning up the planet and we were polluting the oceans." Marvin Gaye biographer, David Ritz, told CNN for the same project. "He got the message across by grooving it up so craftily until you want to hear it over and over and over again."

Gilfillian describes Gaye's music as a subtle seduction. "He makes you hear the lyrics, which are very important and potent. But then he tricks you into listening to them with his music, you know, by making you move and feel and hypnotizing you. And at the same time, you don't know you're actually getting woke." For Ritz, "What's Going On" was an awakening, a healing of sorts.

Turmoil that remains. Gilfillian, for his part, is hoping to help change that. Proceeds from sales of the vinyl recordings of his cover work will be donated to a non-profit organization which works to remove obstacles to the democratic process in communities of color.

"I think the next generation has the power to absolutely change this world because they don't give a damn, they see something that's wrong and they're like, that's wrong. And they point it out," Gilfillian said.

And he's grateful to Gaye for pointing the way. "When I listen to ['What's Going On'], it comforts me, you know, it makes me feel like Marvin's up there, and he's like, no matter what we're going through, you know, in this darkness, I feel like at least we do have these songs."

Father, father
We don't need to escalate
You see, war is not the answer
For only love can conquer hate
You know we've got to find a way
To bring some lovin' here today

In the mean time
Right on, baby
Right on
Right on

Mother, mother, everybody thinks we're wrong
Oh, but who are they to judge us
Simply because our hair is long
Oh, you know we've got to find a way
To bring some understanding here today
Oh

One of the best song ever heard!
Jamaa alikua fundi sana sana nyingine ninayoikubali ni little darling na Sexual healing!
You must log in or register to reply here.