15 Facts you need to know about love: You must know these facts before you fall in love 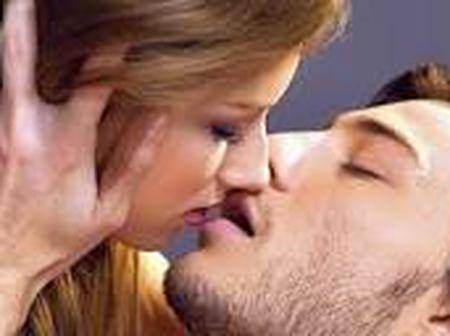 1. Falling in love is like being on drugs
That feeling of euphoria you get when you fall in love is the same feeling that drug users experience, according to one study published in The Journal of Sexual Medicine. Both actions trigger the release of happy hormones like dopamine, oxytocin, and adrenaline, giving you a natural high (that you hopefully never come down from).

2. Hugging your partner is an instant stress relieve
Feeling stressed? Hug it out with the person you love. One study conducted by psychiatrists at the University of North Carolina found that when couples embraced, they had increased levels of oxytocin—the hormone responsible for lower stress levels and mood boosts.

3. Being in love is the number one reason why people wed
According to a 2013 survey from the pew Research Center, about nine in ten of all Americans cited love as an important reason to get married, compared to just 28 percent of people who said that financial stability was an important factor in whether a couple should wed. And for more matrimonial facts, This Is the Age Most People Get Married in Every U.S. State.

4. Its chemically addictive
"[Romantic love] is a very powerfully wonderful addiction when things are going well,"

says Helen E. Fisher , a biological anthropologist at Rutgers University. That's because those hormones that your brain releases when you're in love are intensely euphoric, so much so that they can make you addicted to love—and the person you're in love with.

5. It eases chronic pain
Though love isn't going to be replacing modern medicine any time soon, it could come in handy if you ever find yourself in some serious pain. One study conducted by researchers at the Stanford University School of Medicine found that the warm and fuzzy feeling creates the same response in the brain as painkillers (without any of the seriously harmful potential side effects) .

6. It positively shapes your personality
Even the most pessimistic people can change for the better with a little bit of love in their life, at least according to the findings of one

study published in the Journal of Personality . After following 245 young couples for nine months, the scientists behind the study found that being in a relationship indirectly made neurotic partners more optimistic and self-confident, presumably thanks to all the positive emotions and experiences associated with the relationship. And if you're worried you're too pessimistic, see if you exhibit many of the 23 Signs You're Too Negative

7. Honesty makes a lasting relationship
When it comes to love and relationships, honesty really is the best policy. One study published in the journal Personal Relationships found that the more honest couples are with one another about how their relationship is going, the more likely they are to last long-term

8. Love and laughter go hand in hand
If you want to feel closer to your spouse, then consider watching a new comedy series together. In one

study published in the journal Personal Relationships, researchers concluded that couples who laughed together were more supportive of one another and more satisfied in their relationship compared to their chuckle-free counterparts.

9. People find it in most unexpected places
You never know where you'll meet the love of your life. One survey of more than 5,000 travelers conducted by HSBC found that approximately one in every 50 travelers has met their soulmate onboard a plane.

10. Men fall in love faster than women
Though women are often perceived as than their male counterparts, one

study published in The Journal of Social Psychology found that it's actually men who tend to fall in love and say "I love you" first in the relationship. Though they don't know for sure why this is, the researchers theorize that this is perhaps because females are more wary of getting their hearts broken.

11. Being in love saves you money on trips to doctor
Though women are often perceived as than their male counterparts, one

study published in The Journal of Social Psychology found that it's actually men who tend to fall in love and say "I love you" first in the relationship. Though they don't know for sure why this is, the researchers theorize that this is perhaps because females are more wary of getting their hearts broken.

12. It helps you heal faster
Having a loved one by your side when you're sick or injured doesn't just provide emotional support. When researchers at Ohio State University Medical Center gave married couples blister wounds, they found that the injuries were able to heal twice as fast when the partners shared a close bond, compared to those who were openly aggressive toward one another.

13. It lowers your blood pressure
Having high blood pressure, otherwise known as hypertension, has been linked to everything from heart disease to stroke. Luckily, one

study published in the Annals of Behavioral Medicine found that simply being happily married contributes to low blood pressure, so don't forget to thank your husband or wife for keeping you healthy!

14. It has much to do with scent as it does with visuals
"For both men and women, how someone smells and whether you are innately drawn to that scent goes a long way in determining your attraction," relationship therapist Rhonda Milrad, LCSW, explained to Bustle . That's all thanks to pheromones, chemicals secreted in sweat that can spur sexual arousal.

15. It makes you do crazy things
Like escape from jail to spend time with the person you love. Or at least, that's exactly what happened with Joseph Andrew Dekenipp, a prisoner in Arizona who broke out of his jail cell just to meet his girlfriend on Valentine's Day.

Hope you enjoyed it